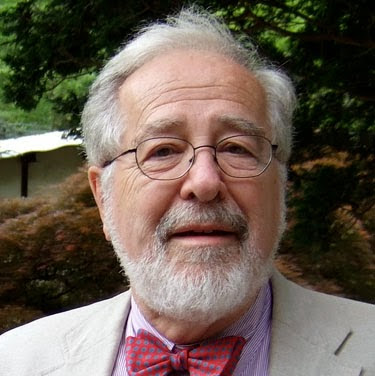 I only just heard the sad news that Jan V White passed away at the end of last year, at the age of 86.

Jan was a magazine designer (he was art director for two Time titles during the fifties), consultant and educator. He is best known for a series of books that explained graphic design for non-designers - Editing by Design, Graphic Idea Notebook and Graphic Design for the Electronic Age are three of the best known. They are well written, well thought out, and continue to be relevant today, even in the digital age - in any channel where text, pictures and diagrams are juxtaposed.

Jan was one of my information design heroes – he was amongst the first to get the interconnection of language and design, and no one has explained it better to a general audience. 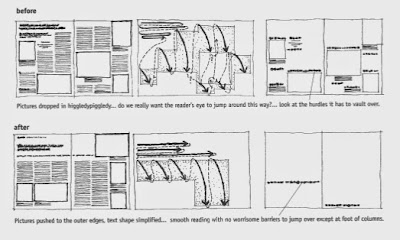 Editing by Design was published in 1974, the year I started work at the Open University as a designer tasked with making exactly that connection, in a research group that focused on learning from text. It proved a fantastic resource when the OU was exploring more accessible, journalistic formats for non-degree courses, and multiple copies were bought for staff in the community education team.

Jan was always generous with his expertise. Most designers just show their work, and don't explain how they did it. Jan's goal was to enable anyone to design a page that communicates, and he lectured tirelessly and internationally as a consultant and as a course leader for Popular Communication (the Swedish-based training organisation).

I only met Jan once, over the course of several days in the mid-90s when we were working together on a project for Xerox (one of his major clients - see the Xerox Publishing Standards that he helped to develop). He was kind, humorous and charming. Exiled as a child to England from Czechoslovakia in 1938, he was educated not far from where I was brought up, in Reading where he attended Leighton Park School. After the war his family went to the USA (see this interesting Wikipedia article about his father, the illustrator Emil Weiss).

With generous foresight, two years before he died Jan relinquished copyright on his out-of-print books, and made scans of them freely available on the Internet Archive. Links to all his books have been posted at www.janvwhite.org.