The great journalist and editor Harold Evans died on 23 September this year. Simon Schama wrote in Time magazine's obituary that Evan's career was 'a supreme reminder of the indispensability of fearless journalism to a democracy grounded in truth', and that he 'showed time and again that the hard work of uncompromising investigative reporting could defeat cowardly cover-ups, corruption and conspiracies of lies. He wrote and he edited with a fistful of facts.' Timely remarks for today.

He played a significant part in our smaller world of information design. As the obituary in his old paper The Times put it:

'Evans believed good newspaper design, rich in striking photographs and explanatory graphics, was essential to good storytelling and his interest in appearance extended to the choice of typeface in headings and text. This visual preoccupation led him to write the book series Editing and Design and, with the help of his inspirational head of design Edwin Taylor, Pictures on a Page, which elevated newspaper design to a fine art.' 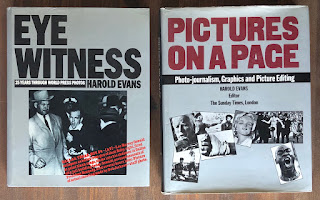 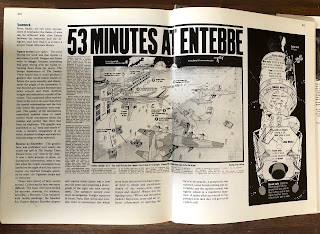 As you would expect from a journalist, he was a prolific writer and his books on newspaper design and photojournalism were hugely helpful for the work we did on graphic formats at the Open University. Under his leadership, The Sunday Times was a pioneer of what we now call infographics, and his co-author of Pictures on a page, Edwin Taylor, spoke at the first Information Design Conference.

Journalists explain complex issues to their readers, and information designers have a lot to learn from them. I was proud that Harold Evans agreed to be on the editorial board of Information Design Journal when we launched in 1979.