This may not be very secure of me, but Apple have asked me those daft questions again (this time on my laptop - last time it was the iPhone).

Ups and downs on the Tube

See what I nearly did (the clue is the position of the down arrow)? 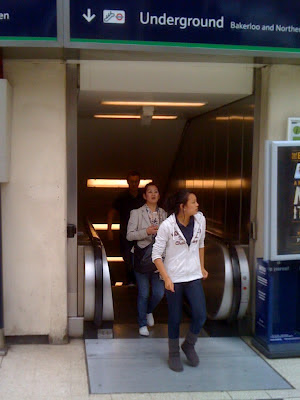 Close but no biscuit 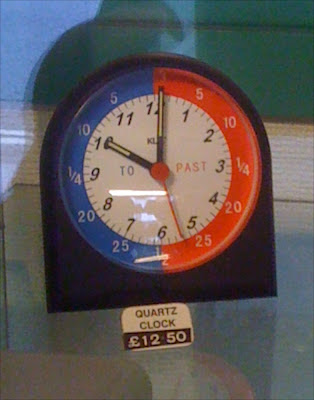 My Apple account has suddenly demanded I set up some security questions so at some future date they can interrogate me to see if I am who I say I am.

Who writes these things? I've no idea of the answers to any of these questions. I actually remembered the wrong car as being the first one, and found I couldn't correct it. I could make something up, but who's to say I'll invent same thing when the Apple cop is on the phone.

In which city was I first kissed. Huh? How old are you, Apple? 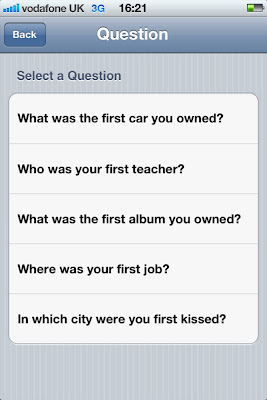 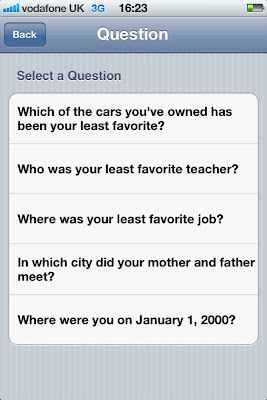 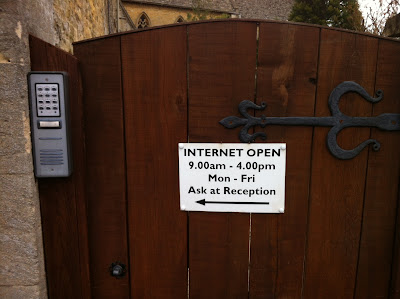 Spotted by Phil Gilbert in Bourton-on-the-Water.

Could explain why my broadband is slow in the evenings.

With the Information Design Conference happening next week, and dominating my life for the last several months, I've been regaling friends with hilarious tales of conference disasters of yesteryear. Like the one at Cranfield where they served coffee in the foyer of a building where students were sitting final exams. Invigilators burst out shushing us as we chatted. Then there was the time they scheduled major roof repairs for the day of the conference. And the symposium I organised in a Cotswold hotel, inspected in the summer, but found to have no central heating when we met in November. It was market day, and luminaries such Pat Wright, Michael Twyman and David Olson sat around the table in army surplus jumpers.

So just before leaving for the long weekend, Greenwich University broke the news today that Working Title will be filming Les Misérables, with Russell Crowe and other famous people, just outside the window of the conference next week. Crowd scenes, horses, dodgy accents, occasional gunfire and music to accompany the dance sequences.

At least we won't be bored.