As much as through landmark birthdays such as 18, 30 or 40, we mark the passage of time as we transit through market researchers' age bands. Halfway through each decade, we have to leave, say, 25-34 behind and admit to 35-44.

That is, until we reach such a great age that the market researchers, who I imagine to be in their early twenties, think we must now be gaga, and no longer of interest.

It's usually 65... which I plan to reach in three years time. But recently I got a taste of the kind of rejection I must get used to. Faced with the options below, I didn't make a note of the brand (being so old I am obviously forgetful).

Relegating all oldies to a single 55+ category lumps me together with my mum. I was born in the 50s, and grew up with TV, rock and roll and air travel. She was born in 1919, and grew up in a world where milk was still delivered by horse and cart.

This questionnaire is not just ageist, it's bad market research. The boomer generation has more money to spend, and the time to spend it, than many younger people. 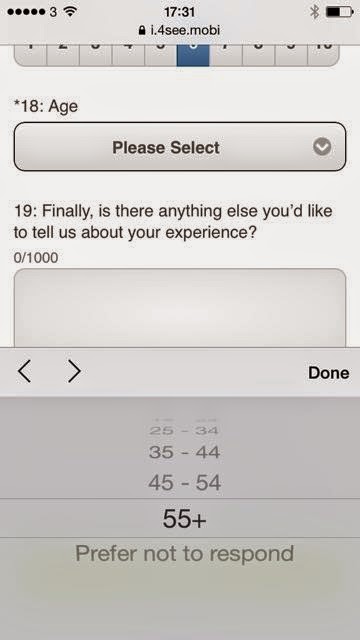 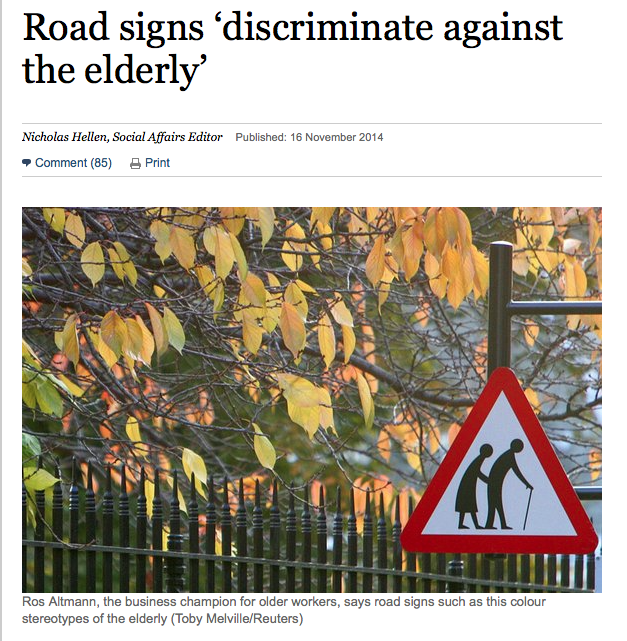 I'm puzzled by a story that's appeared in The Sunday Times and other papers:


"The road sign that shows a hunched couple clutching a stick as a warning to drivers to slow down should be banned because it deters employers from giving the over-50s a job, says the government’s tsar for the elderly.

Ros Altmann, the business champion for older workers, is to press Jo Swinson, the women and equalities minister, at a meeting next month to act on the grounds that the sign is discriminatory."

I don't understand why Ros thinks this image depicts the over-50s. Surely it depicts the over-90s, and if/when I reach that age I will be glad of a sign near my care home to warn speeding drivers.

In any case, this icon is more than counterbalanced by the usual Getty Images retired couple: slim, tanned and happy, the male with a full head of hair, they flaunt their generous pensions as they cavort hand in hand on beaches in exotic locations, on cruise ships, or pursuing some unfeasibly athletic retirement pastime. When things turn ugly between the have-it-all boomers and Generation Rent, I will blame Mr and Mrs Getty for winding up the young 'uns. 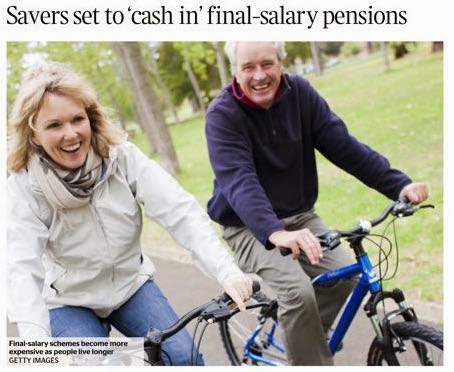 We're moving house, so are trying to tell all the organisations we deal with – producing some interesting variations in responses. The patterns so far are:

Some of the replies wish me well for the move, which is nice.
One of them, a charity, apologises in advance that they were too late to stop a marketing mailshot.

One of them includes a snitty remark about giving them at least a month's notice next time. It's from an academic organisation, obviously.